Can you mix love and career goals? Can a man (or woman) who is focused on success commit to relationship at the same time? Are men (or women) who have strong career goals unwilling commit?

31 year old successful, award winning Kubi Springer of Sisterhood  TV confesseson her blog that she gave up a relationship at 25 purely on the basis that she wanted to commit to her career. Seemingly she thought that career and relationship were mutually exclusive.

Like many single successful women Kubi now realise that it does not have to be so. Success does not have to come at the cost of “no relationship”. With maturity, a string of successes behind her and set to become a young media mogul she admits she could have done it differently. 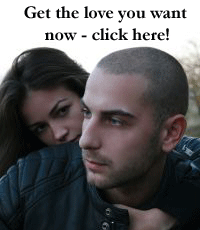 I realise that the 25 year old me was young and naive. I now know that I can multi-task in matters of the heart…I can do me at the same time as doing us!” Kubi says.

Funnily enough Kubi still buys into the paradigm that people (men) who are rigidly focus career and success are not ready to commit. This is where I disagree.

I wonder if she asked her then boyfriend to support her dream. I wonder if he had said yes, he would do all he can to help her, if she would have agreed to continue the relationship or if she felt she had to do it all on her own?

I think the Kubi’s generation are the result of a mindset generic cheap that education/career and love can’t be mixed. Many mothers drilled their girl children to focus on education and jobs before thinking about men and family. This mentally has created a crop of highly educated and successful women who I call the “waiting to exhale” generation. Women who are now looking for relationships but find it hard to find equally successful and compatible men.

I think that people can have their relations/career cake and eat it. My friend Dr Jaquie Halliday-bell who took on the demanding task of becoming a doctor and still nurture a relationship with a man who was willing to support her dreams is a great example. Today she is a top consultant in Birmingham with a husband and 3 children. She is a testament that people can “multi-task in matters of the heart”.

I do not believe that men who are focused on their dreams are also commitment phobic. I think that these men will happily commit to a relationship that supports and complements their goals – it’s stupid to do otherwise. There is something about a team of two committed people that is far superior to the sum of the parts. Barrack and Michelle Obama are living proof of this.

How to fall in love and stay in love